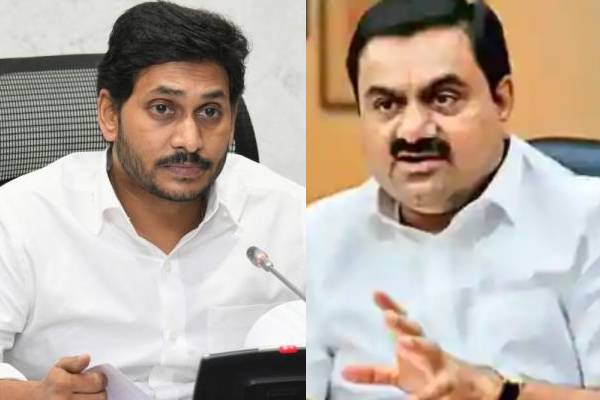 One by one, prominent Telugu industrialists and businessmen are giving away their landmark companies to Gujarat industrialist and Modi-Shah loyalist Adani. Even the Mumbai International Airport, developed by GVK Reddy, has fallen into the hands of Adani. Back in Andhra Pradesh, the Krishnapatnam port has already been handed over to his group. What more, the Gangavaram port has fallen into Adani hands.

In his latest Weekend Comment, ABN Radha Krishna says that it is not unusual that bigger companies with high influence would acquire smaller companies. But the issue is most of the prestigious companies established by Telugus are becoming the targets one by one.

Actually, Gangavaram port is giving profits to owner Raju. There is no need for him to sell the port under any circumstances. But the high pressure that came from the Chief Minister has forced Rajugaru to hand over the Gangavaram port to Adani Group. This and other examples have brought to the fore a new concern whether CM Jagan Reddy is deliberately crushing all fellow Telugu industrialists while only his businesses should thrive.

The CM and Co are minting huge, unimaginable money in sand, cement and other activities. Whereas, other Telugu businessmen are losing their companies one by one. Thus, not only Telugu self-respect is destroyed but also Jagan Reddy is emerging as the only Telugu with massive companies and huge assets while all others bite the dust.