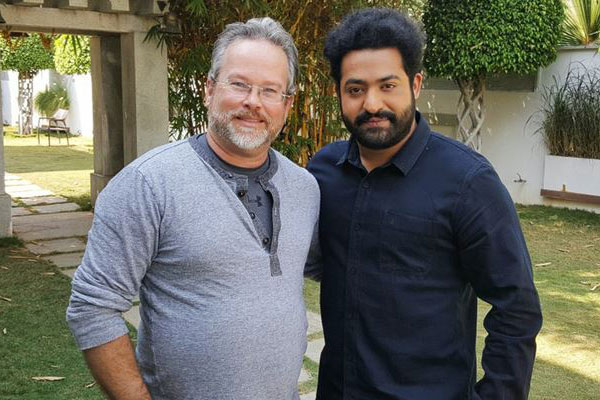 Renowned Hollywood make-up man Vance Hartwell was roped in to design special prosthetics for NTR’s Jai character in Jai Lava Kusa. Hartwell worked with the team and designed several prosthetics for the character, but they were not used in the film due to unknown reasons.

Recently, there were reports in some media that Jai Lava Kusa makers didn’t pay to Vance Hartwell as his designs were not used in the film. It was also rumoured that he filed a complaint against the producer. However, Vance Hartwell has trashed all the rumours when Telugu360 contacted him about the issue.

Vance clarified that he worked with the team and was treated extremely well with a fair payment. He also said that at no point he had an issue with the producer or any one associated with the team.

Vance tells Telugu360  “I did work on the film Jai Lava Kusa. I dealt with the producers, director, and lead actor and, in all my dealings, was treated not only fairly, but extremely well. At no time was there ever an issue regarding money or payments.”