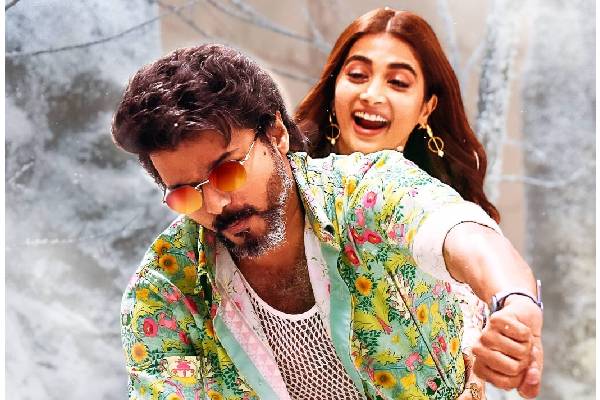 The lyrical video of ‘Jolly O Gymkhana’, the second single from director Nelson Dilipkumar’s ‘Beast’, featuring actors Vijay and Pooja Hegde in the lead, is shaking up the Internet.

The song, which has been sung by Vijay himself, has garnered a whopping over 14 million views within just 24 hours of being released on the Internet.

Music for the song has been composed by Anirudh, the lyrics of which have been penned by Ku Karthik.

The song, which was released a little after 6 pm on Saturday, garnered a whopping 37,000 likes on YouTube in a matter of just 10 minutes of being released.

It may be recalled that the first single from the film, ‘Arabic Kuthu’, too had shattered records on the Internet. The lyric video of the number had garnered a whopping 100 million views.