Switch to: తెలుగు
Home Politics Kapus Leaders and Their Lack of Resolve 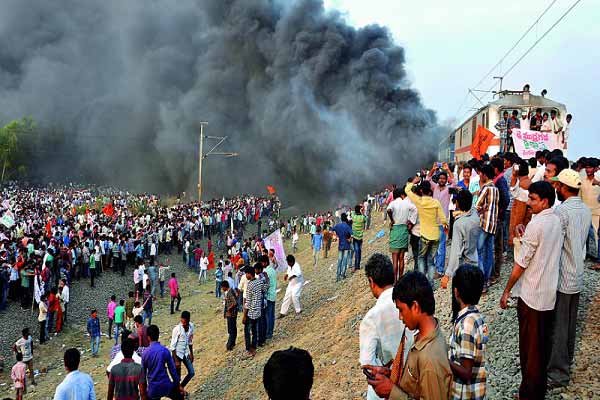 On the day when Ligo scientists discovered the existence of ripples in space – which is going to change everything in science, some ‘thinkers’ in Andhra Pradesh discovered to their dismay ‘ absence of ripples’ in political space.

This AP-discovery went celebrated and painfully confined to the peer-group discussions in the state capital in exclusive corners like press club, media points, information centers, and of course, some blogs. The absence of ripple theory goes like this- Any political event, like the one organized by Kapu leader Mudragada Padmanabham, must create ripples in political-space. If you don’t experience ripples after an indefinite fast, the thinkers hypothesized, that there must be some factor which is preventing the ripples from being experienced. Finally it panned out that it was the Media that is preventing some important phenomenon from being realized. Kapus’ leaders and intellectuals discovered that the hostile media, belonging to a hostile caste, is preventing the Kapus from being catapulted to political power in Andhra Pradesh.

The advocates of ‘absence of ripples’ theory, were shocked to know that had if not been for the burning of Ratnanchal Express and two police stations at Tuni, the event of Kapu Garjana would not have created ripple. Because, the hostile media wanted to suppress the event to clumsly columns of their mandal level supplements. After the end of indefinite fast, an intellectual gathering is said to have been organized, where it was resolved that they should immediately scout for rich Kapu industrialists, who have bags of money to spare for a Kapu newspaper and Kapu TV Channel. The intellectuals have prepared a list of industrialists, movie moguls and hoteliers who could spare a hundred crore or two for the noble cause of Kapu media. They have prepared a list of eligible working and non-working journalists for the post of editor and other top level posts. If sources are to be believed, they have deleted names of some important Kapu journalists, who they suspect as moles of rivals castes. Let us hope, their efforts will succeed and they will give jobs to other BCs also to demonstrate that they are BCs.

The problem with Kapus leaders is that they appear to be afflicted with ‘Low Battery Syndrome’ (LBS). It is not the hostile media owned by their rival caste, but this LBS of leaders, that is preventing the ripples from being created. Mudragada Padmanabham gulped the sweet and sour lemon juice offered by a fellow Kapu rival leader from ruling party , owned by the rival caste, and called off the fast at a time when it started unhinging chief minister Naidu.

All kapu leader did the same thing. When Chiranjeevi found his battery running out, he withdrew from PRP politics and joined Congress. Later Pawan Kalyan, who founded Jana Sena on a high decibel note, realized he was running on a low battery, met Narendra Modi and Chandrababu Naidu for sustenance. Throughout the history of modern AP, Kapu political events called off before they had created ripples- because of LBS.

This is typical line of thinking of leaders from the backward castes in Telugu states. Leaders say they are BCs, but the members of BC conglomerate always proven that they belonged to a particular caste. BCs have proven Aristotle wrong . They established in Andhra Pradesh and Telangana that ‘the whole is always smaller than the sum of its parts”. Now, Kapus, by their media factor discovery, are losing sight of the distance between the leadership and caste members.

When BSP came to power in North India, the party used to hate media and banned media from covering its events. When SP and RJD emerged ruling castes in UP and Bihar, entire media was hostile, they did not own a single paper. Their success lies not in lamenting on the lack of own media, but in winning the support of other low and higher castes. What Kapus need is not a newspaper nor a channel or web site, a leadership, that will be endorsed by all communities. YS Rajasekhar Reddy fought back to power in 2004 when the entire media was hostile and half the Reddys were against him. He did not fight for BC status for Reddys stating that some of the farmers committed suicide in Rayalaseema between 1994 and 2004 were poor Reddys. Had he chosen the demands of BC status for Reddys, he would have ended up like Mudragada Padmanabham. 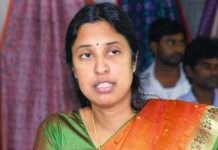