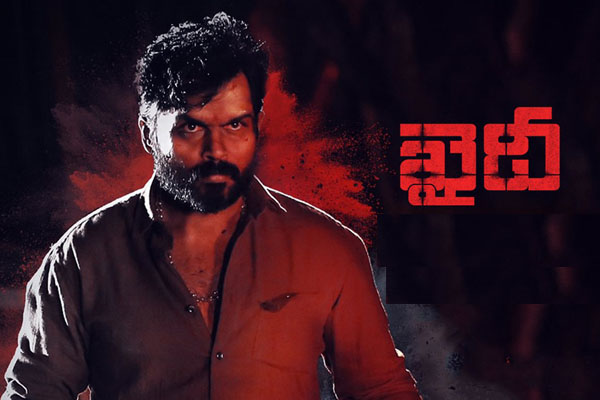 Karthi’s ‘Khaidi’ had a good run last weekend in Hyderabad city. As per an online booking site, it was the highest-grossing film during the last three days. It truly is attracting multiplex crowds as the word-of-mouth is pretty strong. The film is another example that good content will find its audiences.

‘Khaidi’ began its run on a pretty dull note on the first day but good reviews and strong WOM gave a huge boost to her. As celebrities have also started posting tweets in the film’s favor, the movie picked up the collections in a big way. ‘Khaidi’ has now become the most profitable film in recent times in Karthi’s career.

It did a pre-release business of Rs 3.5 crore. The producer will see double profits. Now, there will be demand for Karthi’s new movies