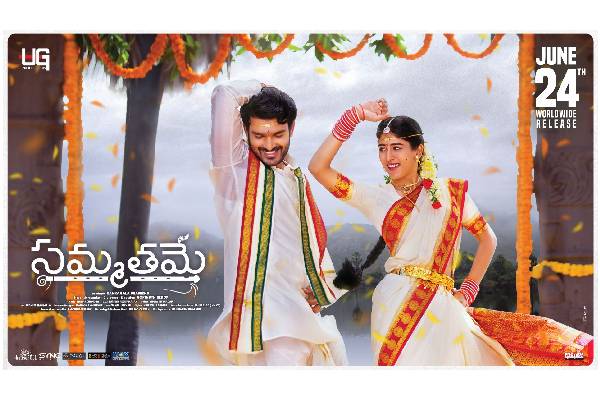 Written and directed by Gopinath Reddy, ‘Sammathame’ deals with an urban romance, and explores what happens when an independent woman crosses paths with a man who tries to make her conform to his way of life.

Krishna (Kiran Abbavaram) is a small-town person in the story ‘Sammathame’. His primary ambition in life is to marry a woman who will replace the emptiness left by his mother’s death.

The trouble begins when he moves to Hyderabad and falls in love with Saanvi (Chandini Chowdary), who enjoys hanging out with a diverse group of friends and does not mind a drink or two. The plot revolves around Krishna overcoming his anxieties and embracing his love for Saanvi.

With good music and decent production values, ‘Sammathame’ can be considered as a good watch on OTT.