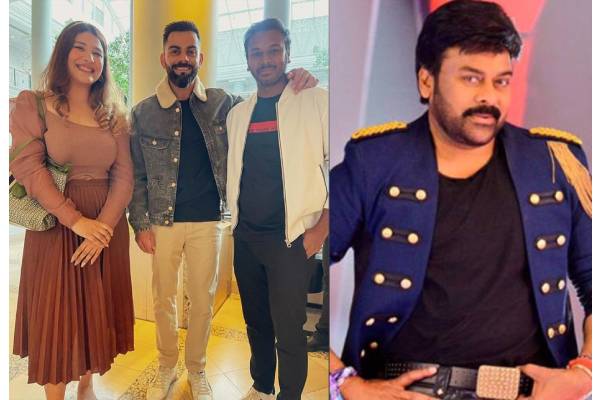 Former India U19 cricketer Dwaraka Ravi Teja recently resorted to social media to share a few photos of himself with Virat Kohli. He also left a note for the famed cricketer after the two met after a six-year gap, indicating that the duo referred to each other as ‘Chiru,’ a reference to megastar Chiranjeevi.

Dwaraka Ravi Teja claimed that Virat Kohli was his roommate during his U15 days and that the two would frequently dance to Telugu star Chiranjeevi’s songs. Ravi Teja mentioned that they had begun calling each other Chiru.

Dwaraka Ravi Teja penned: “Met him after six long years after IPL in UK and the first thing he tells me is Chiru kaisa hai tu? Throwback to U-15 days when we were roommates and I used to watch Chiranjeevi’s songs on tv and he used to dance to them”.

“Such fond memories and even after so many years everything still felt the same and nothing has changed. It was great seeing you Chiru and hope to meet you again super soon.”