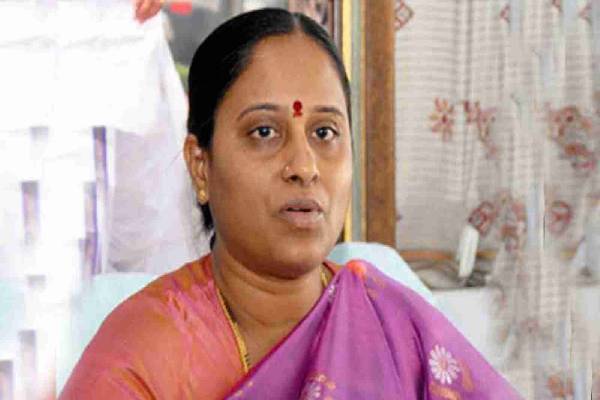 The first condition is that the party should bear the complete election expenditure to be incurred on Huzurabad bypoll.

The second condition is that irrespective of the outcome of the Huzurabad bypoll or in the event of even losing the deposit, the prominence for her in the party should continue as usual.

The third and most important condition is that she should be allotted ticket in her native district Warangal to contest 2023 December Assembly polls though she contests Huzurabad bypoll now.

These three conditions have reportedly put TPCC chief A Revanth Reddy and his team in a fix.

But TPCC sources say they have no other option but to concede to Surkesha’s conditions if Congress wanted to put at least a reasonable fight in Huzurabad bypoll .

As per present surveys of the party, it is tough for Congress to retain even deposit in Huzurabad bypoll which turned has a battle between TRS and BJP’s Etela Rajender.

There is no local candidate for Congress in Huzurabad after Kaushik Reddy defected to TRS, who has the capacity to retain the deposit.

Congress feels that caste equations will help the party to some extent and give a good fight only if Surekha is fielded from this seat.

Surekha and her husband Konda Murali hails from Backward Classes. While Surekha is Padmashali, Murali is Munnuru Kapu. These castes account for significant voters in Huzurabad.

TRS fielded BC candidate Gellu Srinivas Yadav while BJP’s Etela Rajender is also a BC.