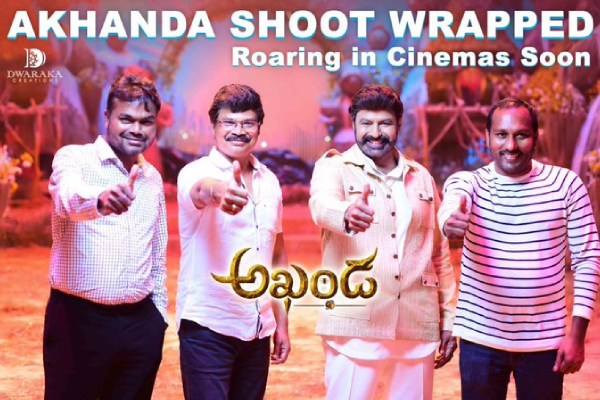 Nandamuri Balakrishna will next be seen in Akhanda, a high voltage action entertainer that is directed by Boyapati Srinu. The pending portions of the shoot along with the patchwork commenced recently. A song is canned in Goa and the patchwork is completed by yesterday. The entire portions of the shoot are completed by yesterday and the post-production work of Akhanda is happening at a fast pace. There are talks that the makers are considering November 4th release for Akhanda and an official announcement will be made soon.

Akhanda presents Balakrishna in a dual role. Pragya Jaiswal and Poorna are the leading ladies in Akhanda and the film is produced by Miryala Ravindar Reddy. Akhanda is high on expectations and the makers will kick-start the promotions from Dasara. Balakrishna will promote the film widely and will join the sets of Gopichand Malineni’s film very soon.