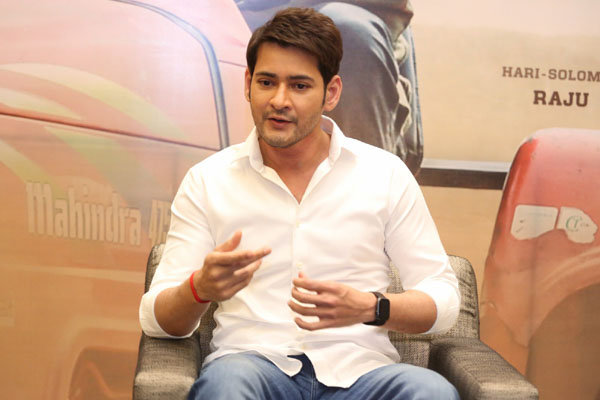 One common question that Mahesh Babu is asked in every interview is about his Bollywood or Hollywood entry. When asked about his debut in Bollywood or Hollywood, Mahesh had an inspiring and clever answer during his recent media interaction. He called SS Rajamouli the best example reminding everyone about his achievements. Mahesh said that Rajamouli’s films are reaching each and every regional language of Indian cinema but he is directing films in Telugu.

“To make it big, we need not go to Bollywood or Hollywood. Things can be achieved from Telugu cinema. Indian cinema witnessed massive changes and content turned out to be the key to make wonders. I would love to continue delivering good work from Tollywood” said Mahesh. Maharshi directed by Vamshi Paidipally is hitting the screens on May 9th.