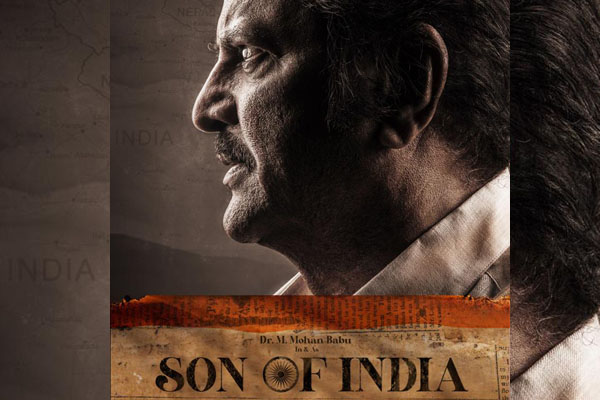 Manchu Mohan Babu is one of the versatile actors of Telugu cinema. His children Lakshmi, Vishnu and Manoj are carrying his legacy in Tollywood. The veteran actor is quite selective over these years. After a long break, Mohan Babu returned back to work with Son of India which is a pan Indian attempt. Tollywood writer Diamond Ratnababu is directing this film and it got its official launch today.

Vishnu Manchu directed the first shot today. His wife Viranica Manchu is the stylist of Mohan Babu in Son of God. Veteran music composer Ilayaraja is composing the tunes for this film. Several Bollywood actors are in talks to play crucial roles in this film. Mohan Babu himself penned the screenplay for Son of India and he personally supervised the pre-production work. Mohan Babu along with Vishnu Manchu are the producers. Son of India will release next year.