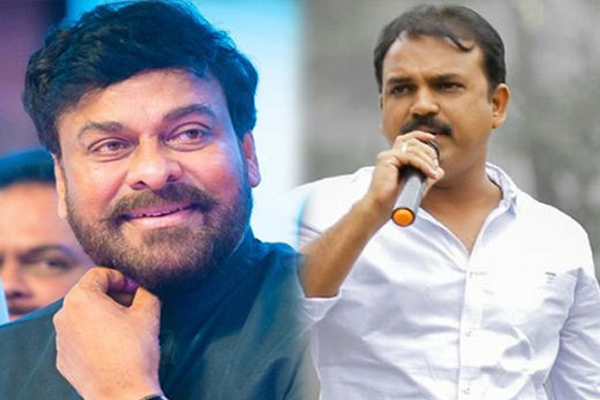 Megastar Chiranjeevi is celebrating his birthday this week and the first look along with the motion poster of his next film Acharya will be unveiled on the occasion. The film’s director Koratala Siva wanted to thrill the audience with a teaser. A small dialogue teaser was ready and Koratala locked the rough cut of the teaser. But Megastar Chiranjeevi rejected the proposal of Koratala Siva. The makers haven’t announced anything about the project.

Chiranjeevi wants to unveil the first look and the title on his birthday and release the teaser of Acharya at a later date. There are several occasions to celebrate and release interesting stuff felt Chiranjeevi after which the teaser release plans of Acharya are kept on hold. The title logo along with the motion poster of Acharya will be out on August 22nd at 4 PM. Acharya is a social drama and it features Ram Charan, Kajal Aggarwal in other crucial roles. The film is aimed for summer 2021 release.