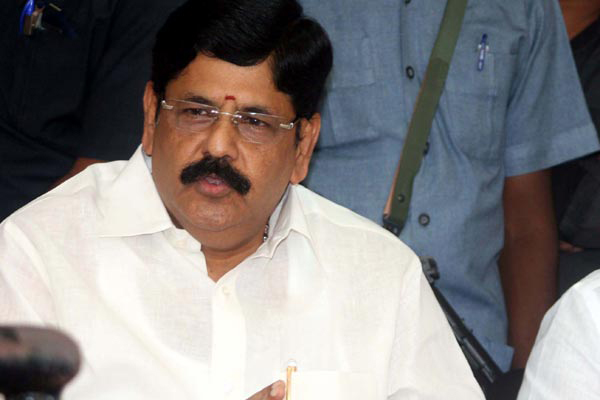 Anam Ramanarayana Reddy still in dilemma on joining into YSRCP as he is not getting assurance from Jagan on MLA ticket. He is expecting ticket from Atmakur constituency. Meanwhile Mekapati family’s comments on the tickets are creating tremors in Nellore district.

Mekapati family has been supporting Jagan in last 7 years in Nellore district. Former MLA Mekapati Chandrasekhar Reddy said yesterday that all the 3 constituencies -Nellore Parliament, Atmakur and Udayagiri Assembly constituencies, will be contested by their family members – Mekapati Rajamohan Reddy Mekapati Gautamreddy and himself, Mekapati Chandrasekhar Reddy . The reason for explicitly announcing this could be easily understood as there have been speculations on Anam family joining YSRCP and expecting tickets from YSRCP at least from one of these 2 constituencies. Meanwhile speculations among Anam followers is that he is expecting not one but 2 tickets from YSRCP – one for himself and another for late Anam Viveka family member.

Probably this is the reason for Jagan dillydallying on joining Anam family into the party as it disturbs existing balance in the party. We will have to wait and see what decision Jagan takes. But one thing is fir sure, if he joins YSRCP, it will start war between these two powerful families of Nellore