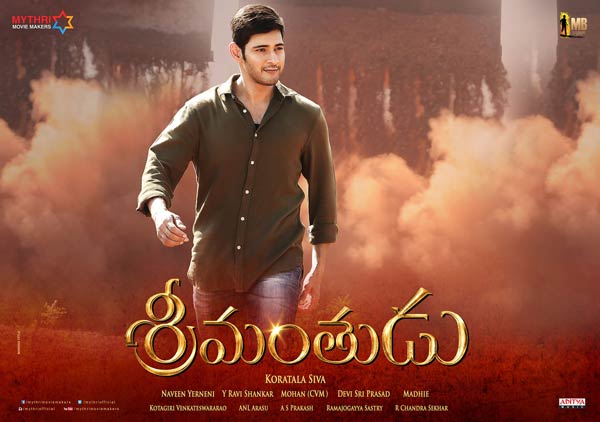 It’s been two years since the release of Telugu blockbuster “Srimanthudu, and its director Koratala Siva says the memories attached with the project are still fresh in his memory.

“Two years just flew by but the memories are still fresh. Many moments to cherish,” Siva tweeted on Monday.

Starring Mahesh Babu and Shruti Haasan, “Srimanthudu” is the story of a millionaire who vows to transform a village but has to face many obstacles in the process. It is one of the biggest grossers in Mahesh Babu’s career.

The film, produced by Mythri Movie Makers, marked the first collaboration of Mahesh and Siva.

The director-actor duo has teamed up for a second time for upcoming Telugu political thriller “Bharath Ane Nenu”.