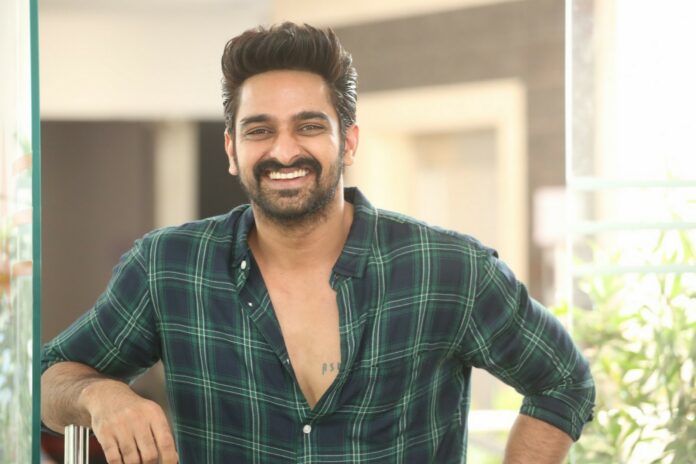 Tollywood young actor Naga Shaurya is all set to test his luck with Varudu Kaavalenu, a rom-com directed by Lakshmi Sowjanya. During his recent interview, Naga Shaurya said that Trivikram penned an episode in the film and he is quite happy for his contribution. He said that the flashback episodes of Varudu Kaavalenu are the major highlights of the film. He also said that Varudu Kaavalenu is a film that will appeal to all the sections of audience and he is pretty confident about the film.

Ritu Varma, Nadiya and Murali Sharma played other important roles in Varudu Kaavalenu. Sithara Entertainments are the producers. Vishal Chandrasekhar and Thaman composed the music. Naga Shaurya revealed that he lost 12 kgs for the role of Akash and he plays an NRI Architect in this entertainer. Varudu Kaavalenu is hitting the screens tomorrow.