The ruling Telugu Desham Party is in the forefront in Nandyal rural and urban after eleven rounds of counting of votes. In all rounds so far, TDP is in lead and has secured more than expected majority. It may be noted that TDP didn’t win the Nandyal seat in the previous 2004, 2009 and 2014 general elections. Celebrations have commenced at Bhuma’s household. TDP leaders and workers are rejoicing as the party candidate Bhuma Brahmananda Reddy leads over YSR Congress Party’s Silpa Mohan Reddy with a margin of twenty five thousand plus votes. Silpa Mohan Reddy alleged that TDP did not win for its development but by distributing money and sympathy. 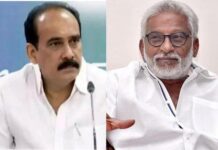 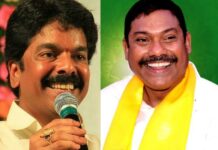