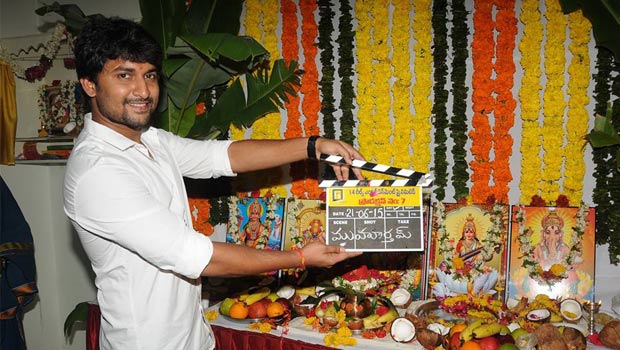 Nani’s new movie in the direction of Hanu Raghavapudi is all set to start rolling in Ananthapur. In this movie Nani plays the role of a fans association leader of a leading Tollywood star. 14 Reels Entertainment Private Limited are producing this film. Hanu Raghavapudi who debuted with Andala Rakshasi in 2012 is donning director’s cap after a brief break. Leading lady of the film is yet to be decided. Yuvraj, protege of Rathnavelu will handle cinematography of this film. Vishal, product of A.R.Rahman’s music school will be scoring the music. M.R.Varma will be editing the film.