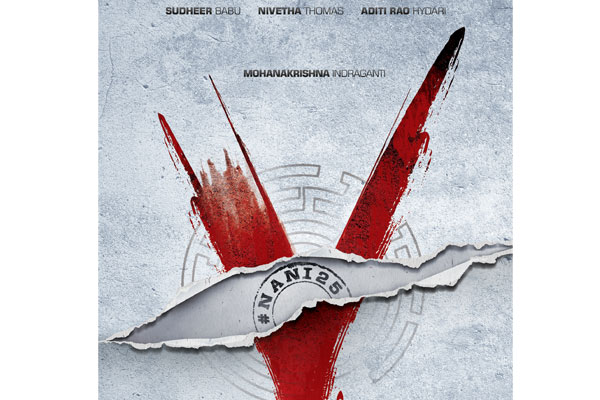 Natural Star Nani and Sudheer Babu are teaming up for the first time for a multi-starrer which is titled V. Mohana Krishna Indraganti is the director and the regular shoot commenced recently in Hyderabad. Aditi Rao Hydari and Nivetha Thomas are the female leads in V. The latest update we hear about the film is that Nani plays the lead antagonist in this action thriller. Nani commits a series of murders leaving clues for every crime.

Sudheer Babu plays a cop who investigates these crimes. The backstory behind Nani committing a series of crimes forms the major story of V. Mohana Krishna Indraganti was impressed with a novel and penned the script. Dil Raju’s Sri Venkateswara Creations is bankrolling this prestigious multi-starrer. The next schedule will start in Hyderabad after which the shoot will move to Bangkok.

The movie unit is currently finalizing the locations in Bangkok. Nani will join the shoot later and some interesting episodes on Sudheer Babu are initially canned.