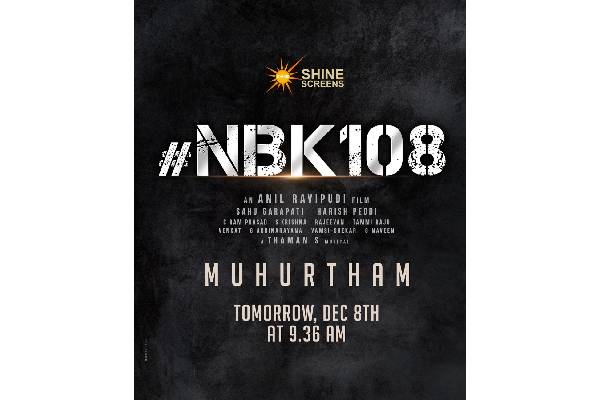 Nandamuri Balakrishna and successful director Anil Ravipudi are set to team up for the first time and the powerful film is said to be a mass entertainer. The film will be launched tomorrow in a grand manner at 9:36 AM in Hyderabad and the shoot will follow. A jail set is constructed for the film in Hyderabad and the first schedule of the film will be wrapped up in this set. A new look is designed for Balakrishna and it is kept under wraps. The first schedule will take place for 12 days.

Sree Leela plays the daughter of Balakrishna and Priyanka Jawalkar is rumored to play the leading lady in this actioner. Thaman scores the music and Akhanda fame Ram Prasad handles the cinematography work. Shine Screens are producing this big-budget film and NBK108 will release next year. Balakrishna is also shooting for Gopichand Malineni’s Veera Simha Reddy which will release on January 12th 2023.