After a long gap, Anushka Shetty is making her comeback with Nishabdham. The film directed by Hemanth Madhukar completed shoot recently. On the occasion of Anushka’s birthday, the makers released the teaser of Nishabdham today. The teaser promises to be thrilling without revealing the suspense. Tipped with horror, Nishabdham is all about a couple’s (Anushka and Madhavan) vacation that turns into a nightmare.

The film is shot across some beautiful locations of USA and the production values look grand. Though Nishabdham teaser doesn’t reveal much about the plot, it promises to be innovative and interesting. The background score and cinematography work are the major assets. R Madhavan, Anushka, Anjali, Michael Madsen, Subbaraju, Srinivas Avasarala and Shalini Pandey essayed the lead roles. Produced by People Media Factory and Kona Film Corporation, Nishabdham is shot simultaneously in Telugu, Tamil, Hindi, English and Malayalam languages. 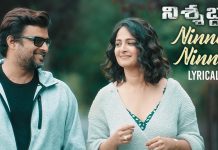 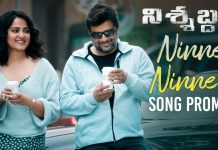