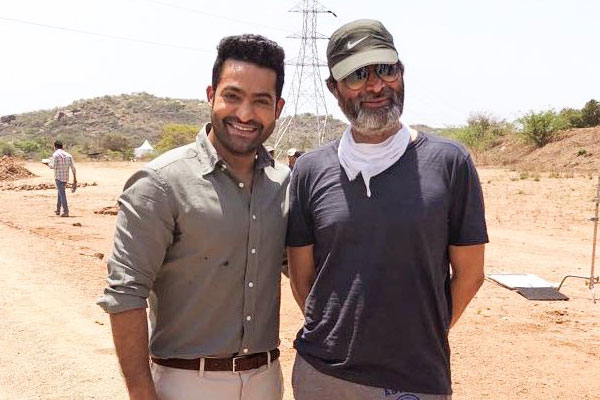 The NTR – Trivikram film is undoubtedly one of the most eagerly awaited tentpole films this season. The regular shooting commenced earlier today in Ramoji Film City and an action sequence under the supervision of fight master’s duo Ram-Lakshman is currently being shot.

On the very first day, the makers of this highly anticipated flick have officially announced that they are going to release it for Dusheera 2018. The film will be wrapped up in straight schedules and will hit the screens on October 12th.

So, NTR will have back to back Dusheera releases as his last film Jai Lava Kusa released during last year Dusheera season.

The genre of the film and NTR’s character has been kept under wraps and audience are eagerly waiting to see what Trivikram Srinivas has in store with this film.

S. Radha Krishna is bankrolling the film and SS Thaman will compose the tunes.