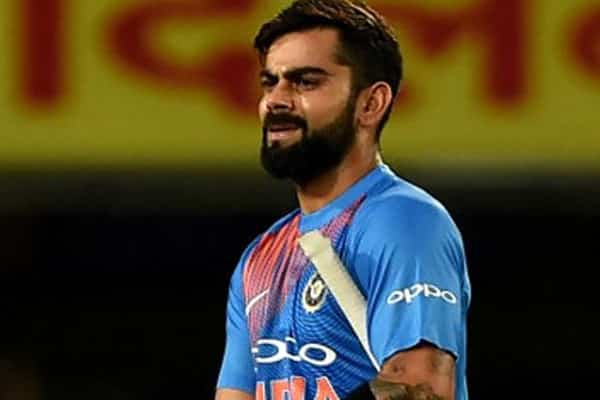 There is a marked difference in the India team from the time they started their tour of South Africa and now when they are about to end it. They wear the look of champions.

There is also a change in the tone and tenor of skipper Virat Kohli when he takes on the media after the One-Day Internationals (ODI) series.

The team played aggressive cricket and handed South Africa a 5-1 mauling in the ODIs. No visiting team has ever given the Proteas such a hiding in their own backyard, raising the question whether India could have possibly won the Test series if they had planned better.

You can’t fault Kohli or his teammates if they today think the result of the Test series could as well have been 2-1 in their favour looking at some of the sessions they dominated in the first two Tests. They had their moments, but they actually did not inspire confidence of winning the two matches the way they approached the task.

When the media tried to question Kohli after the first two Tests, like most losing captains he refused to believe there was something wrong with their effort. He was as aggressive with the media as he was on the field of play. He stonewalled most questions with counter-questioning or stubbornly refusing to accept the media logic on pitches, team selection and approach and attitude.

After the ODI series, an emboldened Kohli was more forthcoming, but with philosophical answers. He refused to even accept praise for leading from the front with his brilliant records-shattering batting. “Look, I am not going to live in a dreamland right now and accept all the praise and sit here and feel good about this, because it does not matter to me, honestly it doesn’t. It didn’t matter when we were 2-0 down and it doesn’t matter when we are 5-1 up because what matters is the change room.

After what happened in the first two Tests in South Africa, going into the first Test without proper acclimatisation or warm-up matches, serious thought is being given to going into major assignments with proper preparation, starting with the tour to England. There is speculation that some key India players would be going to England before the full tour in August-September.

Some unidentified cricket board officials were quoted as saying that a couple of young players would be playing for the touring India A team in England and the established ones in County Cricket in the run-up to the tour. The tour has become more important for players as most of them will be back in England for the 50-over World Cup.

It is mind-boggling to think that the players will have enough fuel to go through the long grinding season.

A fortnight later, the One-Day team will be in Sri Lanka between March 8 and 20 to play a tri-series, with Bangladesh being the third side in the tournament to commemorate the 70th Independence Day of Sri Lanka.

On return from Sri Lanka the players will have a little over two weeks’ rest before they are all criss-crossing the country playing the lucrative Indian Premier League from April 7 to May 27. A month later, the team will leave for England. The team might go well before, though this time they begin the tour with Twenty20 and ODIs and not with Tests like they did in South Africa after playing the shorter formats against Sri Lanka at home before leaving.

Soon on return from England they will be playing the tough Asia Cup from September 15-30. The chances of the participation of Pakistan brightened with the Government clearing their participation in the World Cup hockey in November-December. But then cricket is a different kettle of fish.

Both Pakistani cricket and hockey teams are highly popular in India and their presence will make both the tournaments that much more exciting.

Even without Pakistan, the Asia Cup can be exciting with fast rising Afghanistan and Bangladesh there to challenge the two former world champions India and Sri Lanka.

India’s next assignment before they end the year and usher in the new one in Australia is against the West Indies in a full tour, playing three Tests, five ODIs and one Twenty20.

The tour to Australia from November to February will finally decide India’s status as the world’s No 1 Test and ODI team. Their overseas record will be compared with their impressive showing in the subcontinent in 2017.