Switch to: తెలుగు
Home Movies Movie News ‘Oopiri’ to be wrapped up soon 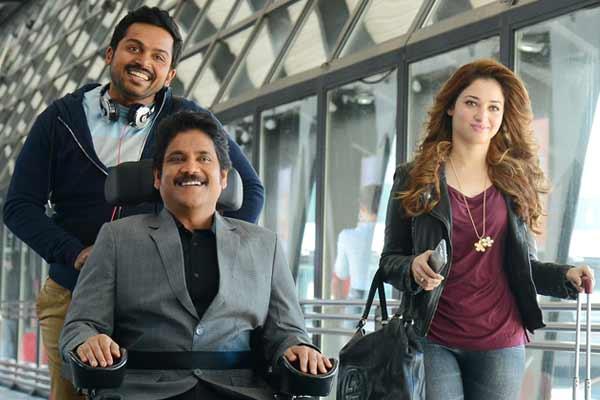 ‘Oopiri’ is an upcoming bilingual film which has Akkineni Nagarjuna and Karthi in the lead roles. The film is touted to be the remake of ‘The Intouchables’, a french movie in which the story revolves around a paralysis patient and his caretaker. Vamsi Paidipalli is directing the film.

The last schedule of the film is progressing in Hyderabad and the entire shooting will be completed with this schedule. Both Nagarjuna and Karthi are shooting for some important scenes. PVP Cinema is producing the film.

Anushka and Adivi Sesh are playing crucial roles and Tamannaah is the film’s leading lady. Gopi Sundar is composing the tunes.