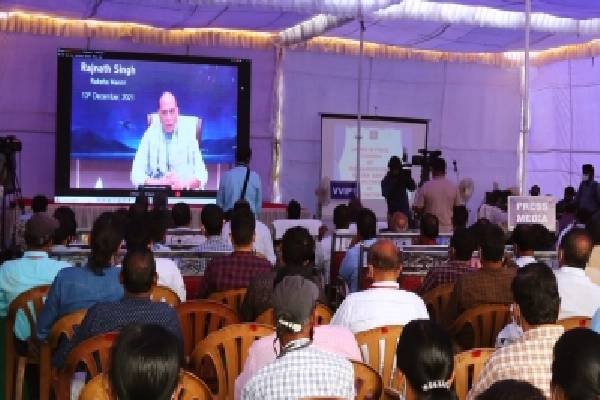 The products of Ordnance Factory Medak, that is infantry combat vehicles like Armoured Engineer Reconnaissance Vehicle (AERV), Sarath Vehicle (BMP) and Mine Protected Vehicle and its variants were displayed. A photographic exhibition was also organised on the occasion.

B.S. Murty, Director, IIT Hyderabad was the chief guest for the event at Ordnance Factory Medak (OFMK) and expressed support to OFMK in the area of research and development.

Alok Prasad, General Manager, OFMK has said that the exhibition showcases Atma Nirbhar Bharat and will be open for the general public till December 19. Students from various schools and colleges were invited on the occasion.