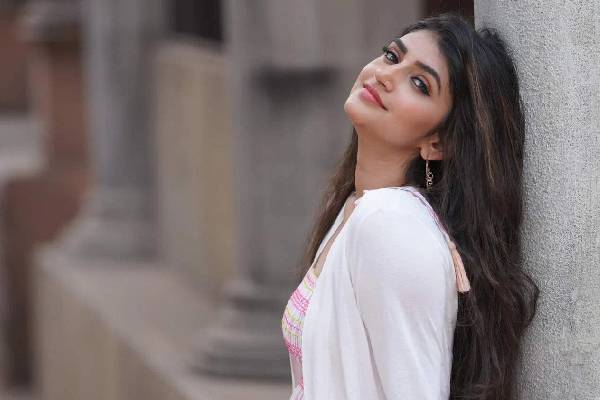 Telugu girl Sree Leela made her debut with K Raghavendra Rao’s Pelli SandaD and her screen presence, dance moves are widely appreciated. The actress is rushed with offers after some of the songs from the movie went viral all over. She is said to have signed in for Ravi Teja’s film Dhamaka and the shoot is happening currently. Top producer Dil Raju locked Sree Leela for the second film of his nephew Ashish. The film is titled Selfish and is said to be a rom-com. The shoot of Selfish starts next month and Sree Leela signed the project recently.

Apart from this, Sree Leela signed two films for the production house Sithara Entertainments. The actress will be paired beside Naveen Polishetty in Anaganaga Oka Raju and the shoot commenced recently. Sree Leela is also the leading lady in Vaisshnav Tej’s film that will commence shoot soon. The actress now lined up four interesting projects in Telugu cinema and she has a packed 2022 ahead.