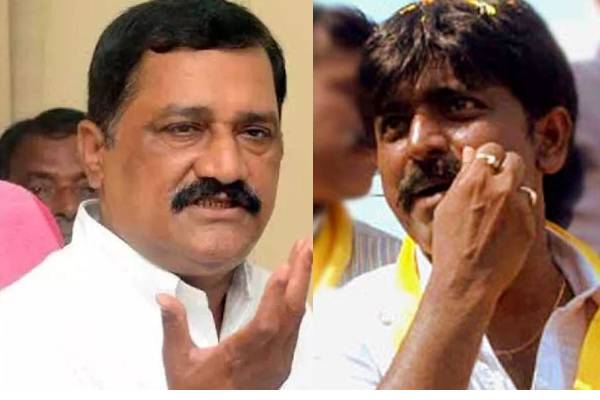 Why did TDP MLC and YS Jagan’s arch enemy BTech Ravi meet North Andhra strongman and Kapu leader Ganta Srinivasa Rao? What’s behind the meeting? It is clear that both have discussed the present politics in the state. Both are in the TDP, but Ganta has tried to join both BJP and YSRCP in the past. So, the sudden meeting assumes a lot of political significance.

Ganta, known to be an astute politician with his finger on the political pulse of the state, has suddenly become active after almost two years of hibernation. He has been attending party meetings and has also tried to project himself as a protector of Kapu interests. He has recently organized a meeting of the social and political leaders from the Kapu community.

But it is his meeting with MLC BTech Ravi that is making the news. MLC Ravi came all the way to Vizag to meet Ganta Srinivasa Rao. During his stint as a minister in the TDP regime, Ganta Srinivasa Rao was incharge for Kadapa district and had close relations with many leaders from within the TDP and outside it. Sources say MLC Ravi is using these past connections to meet Ganta in Vizag.

B Tech Ravi is a known Jagan baiter. He has fought against YS Jagan many a time and is known to have made acerbic comments on the issue of YS Vivekananda murder. But, what transpired at the meeting is not known. Both the leaders are maintaining studious silence on the issue. It remains to be seen if they have a plan for the party and future.