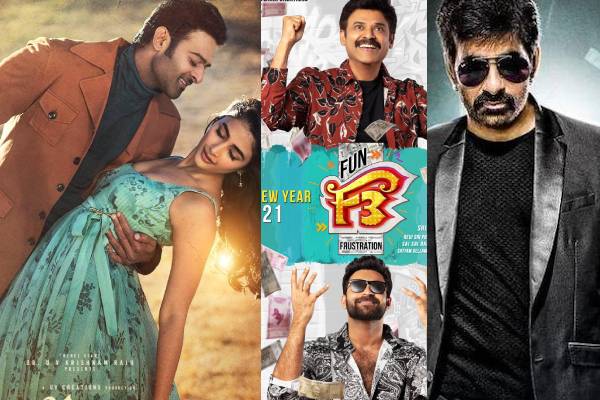 The third wave of coronavirus pandemic is all over but the Telugu audience are not scared to watch the films in theatres. Due to the low hospitalization and the death rate, the third wave of the pandemic may not have a strong impact on Indian film industry. But the restrictions on theatres in several states have to be lifted for the pan-Indian movies to hit the screens. A heap of Tollywood films are planned for release from February till May and every week is jam-packed with a prominent release. The chart is now disrupted because of the third wave. Acharya is pushed to April 1st and RRR may release on March 18th or April 28th. Because of these changes, the entire chart of releases in Telugu cinema will be shuffled.

The filmmakers of Tollywood are in plans to announce the new release dates by the end of January or during the first week of February after the wave of pandemic calms down. The makers of Ravi Teja’s Khiladi are keen to release the film on February 11th and Adivi Sesh’s Major release is pushed as it needs a pan-Indian release. The release dates of Radhe Shyam, Bheemla Nayak, Sarkaru Vaari Paata, F3, Ghani, Ramarao On Duty and others will be announced soon. Tollywood is gearing up for a packed summer this year if the third wave calms down soon.