Stylish Star Allu Arjun is a fashion icon down South and he is known for transforming himself when it comes to the roles in his movies. He gained enough kilos for his role in Ala Vaikunthapurramuloo. The actor took a break and got a lean look for his next film Pushpa. Allu Arjun along with his wife Sneha Reddy attended the engagement event of Niharika and Chaitanya last night. The duo looked super stylish and stunned everyone. Allu Arjun was spotted with a new hairstyle and a trimmed beard.

With no shoots starting soon, Allu Arjun trimmed off his beard. He got the clothes specially designed for the occasion from one of the top designers. Allu Arjun will start shooting for Pushpa early next year. The film is an action thriller that will be directed by Sukumar. The film also marks the pan Indian debut of Allu Arjun. Rashmika is the leading lady and Mythri Movie Makers are the producers. 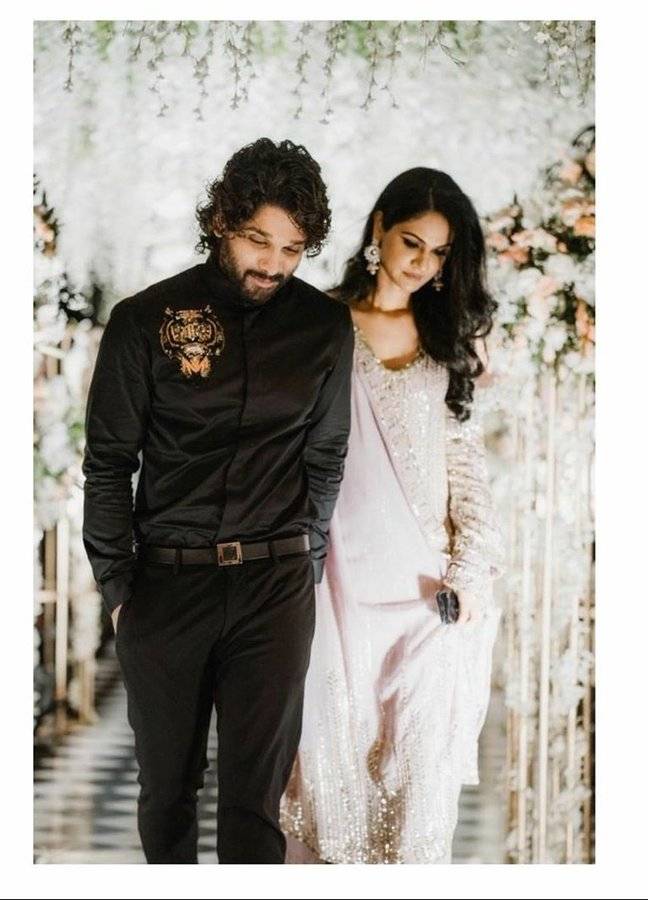