Switch to: తెలుగు
Home Politics Prashant Kishor not to campaign for anyone in 2019 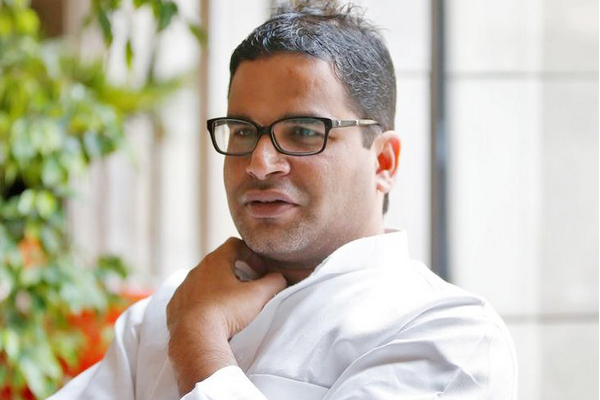 Election strategist Prashant Kishore on Sunday said he would not campaign for anyone in the 2019 elections as he wants to go back to the grassroots.

He said he had worked enough with the leaders and would now like to go to grassroots and work with people. He also denied media reports that he is joining politics.

Interacting with students of Indian School of Business (ISB) here on Sunday night, he said for last two years he wanted to leave this domain but wanted to leave his organisation Indian Political Action Committee (IPAC) in safe hands before taking the decision.

“Frankly if you want to believe me, I really don’t know…,” he said when moderator Sankarshan Thakur, a senior journalist, asked him as to whom he would be working for in 2019.

“I can say that,” when asked if he would not be available to political parties in the election backrooms. “In 2019, you would not see Prashant Kishore campaigning for anyone in the manner and form in which I have been campaigning in last 4-5 years,” said Prashant, who was speaking publicly for the first time in last 5 years.

He hastened to add that as individual he would not campaigning the same way he had done in last 4-5 years but Indian Political Action Committee (IPAC) will continue as an organization which, he said, had become about 20 times bigger than what it was in 2015.

The 41-year-old former UN official said he want to go back to grassroots either in Gujarat or Bihar. He, however, did not elaborate.

Prashant, who formulated election strategy for Prime Minister Modi in the 2014 elections, said he never met Modi after he left Prime Minister’s Office in March 2015 till last year when the Prime Minister called him when his mother was on death bed.

Since then he had been meeting and talking to Modi. He, however, ruled out working with him again.

Prashant, who also worked with Bihar Chief Minister Nitish Kumar and Congress party, said after Uttar Pradesh elections he took up the assignment with YSR Congress party’s Y.S. Jaganmohan Reddy as he had made a commitment earlier.

He claimed that Modi, Nitish and Amarinder Singh did not hire him and that money was the last criteria. He denied reports that he or his organization received huge money for working with different parties.

“We are not for hire. No one can hire IPAC because there is no financial involved to incentivize us to work for someone. Modi did not hire us… neither Nitish Kumar nor Amarinder Singh. Out of three, two are apparently broke. They can’t hire us,” he said.

Referring to media reports that his team got Rs 400-500 crore, he said he wished part of it was true if not for him at least for his colleagues.

“Money would have been last criteria to make us move from one side to other,” he said when asked about the journey from Modi to Nitish Kumar to Congress.

Prashant said Congress did not approach them but they wanted to work for it in Punjab to settle scores with Aam Admi Party (AAP) as the latter’s poll strategy in Delhi was termed as better than his team’s efforts in Grand Alliance’s victory in Bihar.

Prashant said even in his wildest of dreams he would not have thought of doing what he was doing for last few years. He recalled that in 2012 when he left UN and was working on malnutrition in Gujarat he met Modi.

“I used to write speeches at UN. The skill set remains same. At UN, we used to use lot of statistics and analytics. So the basic tools were same. That’s what probably Modi had seen and felt this guy could be put to some other use,” he said.