Tamil actor Vijay Anthony created a sensation with Bichagadu in Tollywood and the movie raked over Rs 25 crores in its final run. His recent outings failed to impress the audience and Vijay Anthony pinned all his hopes on Indrasena which is slated for November 30th release in Telugu and Tamil languages. Directed by Sreenivasan, Vijay Anthony essayed a dual role in the film. Megastar Chiranjeevi unveiled the first look which carried massive buzz all over.

The theatrical trailer has been a massive hit and kept the expectations high on the film. The movie has been screened to a section of audience and the preview got positive response from all the corners. The movie has an universal appeal and will impress the audience of all the sections revealed a source who watched the film. Indrasena is expected to open up to packed houses and we have to wait and see how the film performs at the box-office. 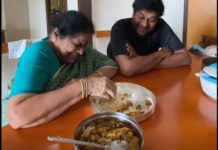