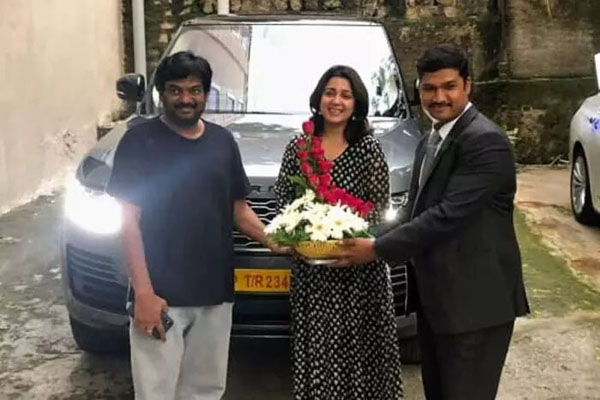 The soaring success of iSmart Shankar has given a new lease of life to director Puri Jagannadh and producer Charmee Kaur who have been struggling for a hit since many years. The are basking in the glory of the much needed success and have already announced their next project with Vijay Devarakonda.

Meanwhile, they have now presented themselves luxurious cars as token of remembrance for iSmart Shankar success. While Puri bought a swanky Range Rover Vogue, Charmee now owns a brand new BMW 7 series. Puri and Charmee are together producing films under Puri Connects banner and they have heaved a sigh of relief with the timely success.

Puri is currently busy with the pre production activities of his next film which will commence early next year.