India loves PV Sindhu, but Indians love caste more, says Google. So while a billion of us were rooting for PV Sindhu to outclass Spain’s Carolina Marin in Rio on Friday, about 9 lakh Indians back home were on Google looking up for her caste.

Since that game, the caste search saw a ten-fold jump after her stunning semi-final win over Japan’s Nozomi Okuhara. It just peaked on Friday after her silver. 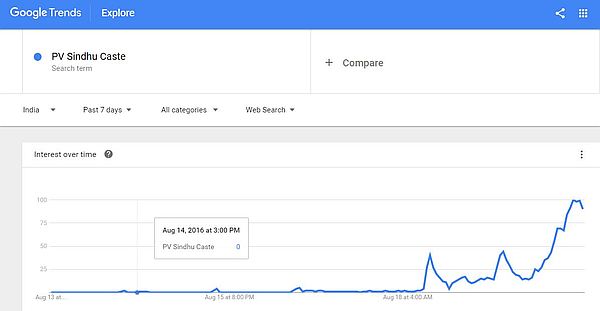 In fact till Saturday, Sindhu’s caste search topped Google in India over her career and Friday’s final.

Andhra Pradesh and Telangana were the two top states searching for Sindhu’s caste and not her silver. 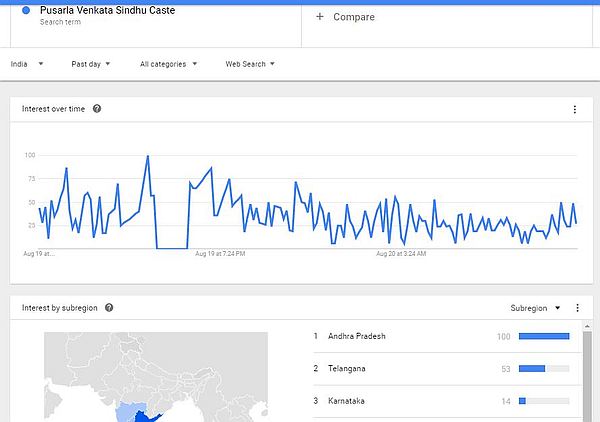 The two states’ tussle over the champion shuttler stems from the fact that Sindhu was born and brought up in Hyderabad but her mother belongs to Vijayawada.