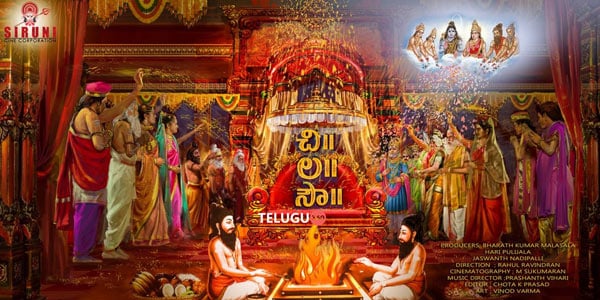 Young actor Rahul Ravindran impressed the audience with his performance. However at the right time in his career, he decided to head to direct a film. He impressed young actor Sushanth with the script and the film has been titled Chi La Sow. The movie has been launched officially today with a pooja ceremony in Hyderabad. The movie’s first poster has been unveiled and it looks completely different.

The poster reminds us about the traditional Hindu wedding and Ruhani Sharma will play the female lead in the movie. Siruni Cine Corporation will bankroll the project and the regular shoot will follow. Young technicians are working for this romantic entertainer and Rahul Ravindran revealed that he would continue doing films as an actor.