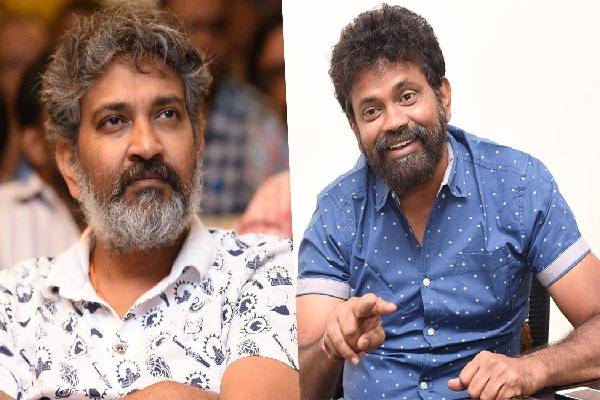 Helmed by Sukumar, Telugu’s most awaited movie ‘Pushpa: The Rise’ hits the screens on Friday.

As the team has promoted the movie enough, the absence of the director during the promotions caused a little loss to the team. As Sukumar finally joined the promotions on Thursday, he had spoken about the movie and his experience working for ‘Pushpa’.

Speaking about the pan-India release of ‘Pushpa’, the director said that S.S. Rajamouli was the one who was persistent to take this movie across the country.

“Rajamouli called me up and urged me to take this movie across India. He urged me to release ‘Pushpa’ pan-India, which we were reluctant until that time. His push made me feel confident and hence we decided to release it across India in multiple languages”, Sukumar said.

On being quizzed about Allu Arjun’s signature gesture ‘Thaggede Le’, Sukumar said that they had experimented with many other things and finally fixated on one gesture, which is now a super hit one.

Sukumar said: “We were trying on many gestures, but we accidentally came across this gesture. As Bunny (Allu Arjun) was on the sets working during a fight scene, I observed him do something closer to the ‘thaggede le’ gesture. So, we worked on this and it has become a big hit now”, the director explained.