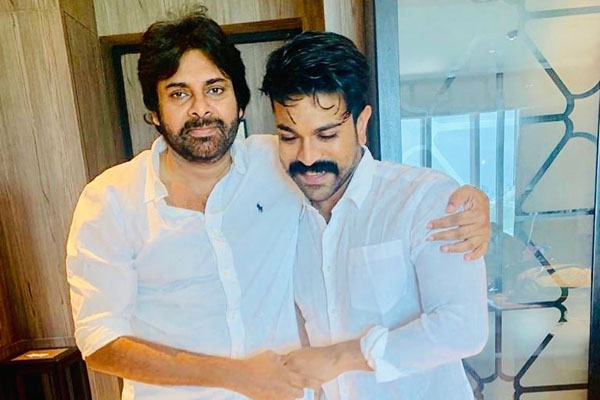 Powerstar Pawan Kalyan shifted his focus towards politics and turned full-time politician. He said that he will be away from films but Filmnagar sources strongly say that the top actor is soon making his comeback. Several top production houses who paid hefty advances are in race to produce a film with Pawan Kalyan. As per the latest speculation, Ram Charan is on board to produce his comeback film.

After the super success of Syeraa, Megastar Chiranjeevi expressed his interest of Ram Charan producing a film with Pawan Kalyan and the actor turned politician gave his nod. It is unclear as of now about the director and other details. Pawan Kalyan also has commitments for Mythri Movie Makers, Haarika and Hassine Creations, AM Rathnam. An official announcement would be made soon after things are finalized.