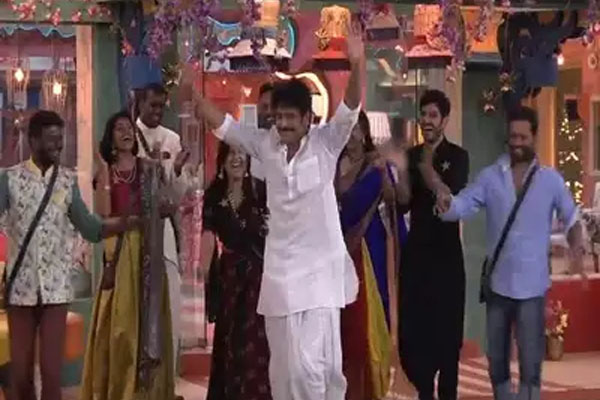 As everyone knows, Nagarjuna entered the house on the occasion of Dasara. Housemates got excited to have Nagarjuna as their special guest after their food Mela task. In today’s episode, housemates had gala time with Nagarjuna

Star of the house and Ticket to special dinner:

What is your biggest success in life?

It looked like, Nagarjuna too enjoyed himself in the house. He too tapped his feet before leaving the house. Overall, Nagarjuna’s presence in the house gave a lot of energy to the housemates.