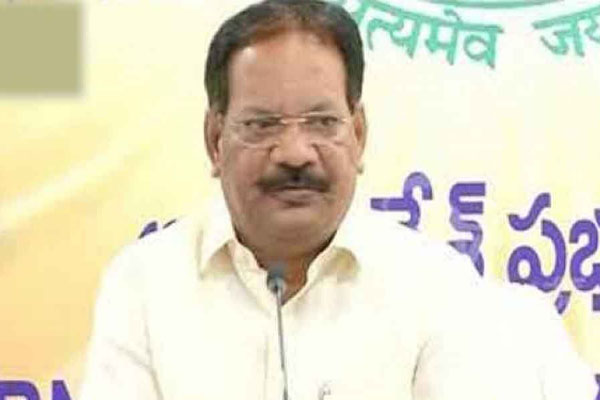 Ananda Babu said that the decision to rename the university is nothing but a part of the conspiracy to defame the former chief minister, late N T Rama Rao. The Chief Minister uttered blatant lies on the floor of the Assembly on changing the name of the varsity only to mislead not only the people of the State but also the whole nation, he observed.

Besides Jagan, other leaders like Lakshmi Parvathi too are taking some undue pleasure by resorting to this kind of deeds, the TDP politburo member felt. Monday’s media conference addressed by Lakshmi Parvathi is a classic example of this, he added.

Not only this, a total of 197 acres was alienated at Mangalagiri for the All India Institute of Medical Sciences (AIIMS) and all the necessary basic amenities were also provided for the institute during Chandrababu Naidu’s tenure, he pointed out. But, after Jagan Mohan Reddy came to power not even drinking water was provided to it, and this is nothing but resorting to vengeful attitude, he stated.

It is really ridiculous that when YSRCP MP, Vijaya Sai Reddy, the Accused 2, asked the Centre on December 14 about the number of medical college in the State, the Union Government told Parliament that the State has 14 colleges but Jagan told the Assembly that the State has only 11 such institutes. This clearly indicates that the Chief Minister has no proper understanding on the number of colleges too and it is really surprising that Jagan announced that he would set up 17 more medical colleges, Ananda Babu maintained.

NTR had established the health university in 1986 only with a view to bringing all the medical colleges under a common umbrella and thus setting up an example for the decentralisation of development, the TDP politburo member said. Later, Chandrababu continued it to further strengthen the medical education system, he maintained. The Assembly was totally misled by the video which was morphed at Sakshi studios, he added.

Pawan to pay Rs 1 lakh each to Ippatam villagers