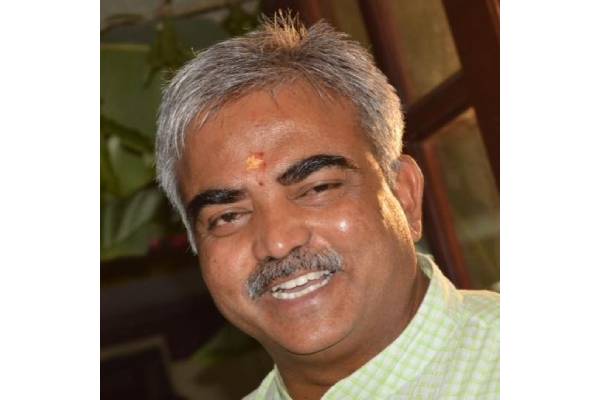 Serious trouble seems to be brewing for Mantri Srinivasulu or Mantriji, the RSS voice in Telangana BJP and the organizing secretary. Mantri Srinivasulu is the behind-the-screens man, who pulls all strings and controls the party in Telangana. But, a large number of party leaders and seniors are up in arms against his style of functioning. These leaders feel that Mantriji is not only marginalizing them but also bringing in inexperienced people and is promoting them to key positions.

Recently some 40 senior BJP leaders, including former MLAs G Ramakrishna Reddy and Dharma Rao, senior leaders P Sugunakar Rao and Aljapur Srinivas met at a farm house on the outskirts of Hyderabad and have decided to lodge a complaint against Mantri Srinivasulu.

Meanwhile, another key party leader and former MLC N Ramachandra Rao has lodged a complaint against Mantri Srinivasulu and held him responsible for his defeat in the recent MLC elections. In his complaint to party national organizing secretary BL Santosh, he said that Mantri Srinivasulu had diverted the party workers and cadres to Warangal and denied him every resource.

Meanwhile, there are reports that BL Santosh has asked former State BJP president and former MP Indrasena Reddy to talk to the seniors and understand their grievances. Indrasen, a committed party leader and a no-nonsense person, is said to be talking to these leaders.