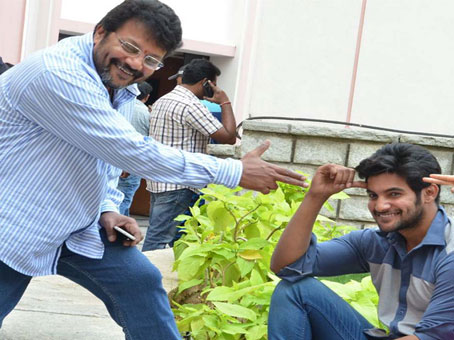 Veteran actor Sai Kumar stepped in to shepherd his son’s upcoming film, Garam. Starring Aadhi and Adah Sharma in the lead, Garam is an out and out commercial entertainer.

Initially, producer Raj Kamal came forward to pool in money for the film, but backed out due to financial issues. Sai Kumar decided to monitor the post production activities. The film’s shoot has been wrapped up and will hit the screens in December.

A Madan directional, Garam has its story penned by Srinivas Gavireddy. The film also features Naresh, Brahmanandam, Poosani Krishna Murali and few others in crucial roles.