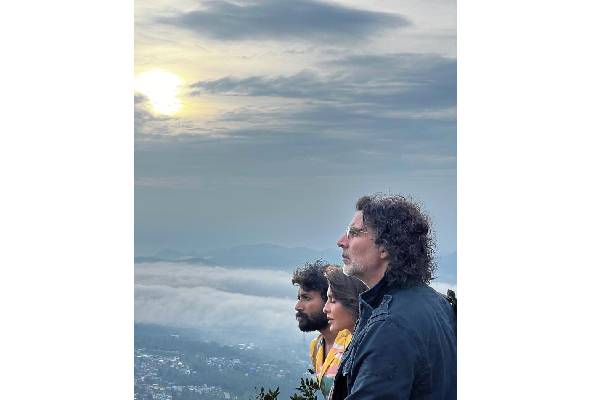 The team of Ram Setu, including Akshay Kumar, Satya Dev and Jacqueline Fernandez, has completed the Ooty schedule of the project. They are happy about the ouput.

Posting a picture of him with Satya Dev and Jacqueline in the natural backdrop of Ooty, Akshay wrote on Twitter: “In the photo – or in life – there’s always that beautiful streak of light above dark clouds. Wrapped the Ooty schedule of #RamSetu. Hope the divine light always guides us through thick and thin. 🙏🏻 @Asli_Jacqueline @ActorSatyaDev.”

Satya Dev has thanked Akshay Kumar for his inspirational acts and motivational words. He has also said it was an enjoyable experience to work with Akshay and Jacqueline was a great colleague.

The Telugu actor is said to be playing an interesting and important role in this pan-Indian project. The film is directed by Abhishek Sharma and produced by Aruna Bhatia and Vikram Malhotra. It is the first Indian co-production by Amazon Prime Video.