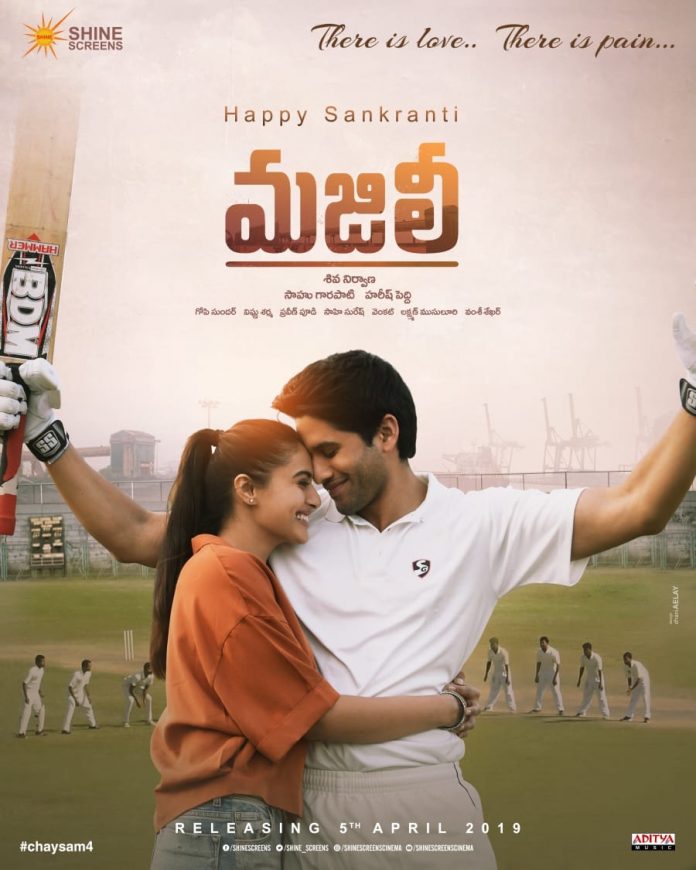 Akkineni Naga Chaitanya is shooting for his next film titled Majili, a romantic drama that features Samantha as the female lead. Shiva Nirvana is the director and Divyansha Kaushik is the other heroine. After an impressive first look, the makers today released the second poster from the film on Sankranthi’s eve.

While Chaitu surprised the audience in a bearded look in the first poster, the second one features him as a cricketer and he looks young enough in the look. The actor is playing a cricketer in this romantic entertainer that reveals about various phases of his life in Majili. Gopi Sundar is the music composer and Shine Screens bankrolled Majili. The film is slated for April 5th release.