After Sharwanand injured himself during a skydiving stunt in Thailand, the actor returned back to Hyderabad and was advised two months rest. But the actor took a break for a month and started shooting for 96 remake in Vizag. The recent schedule got completed and the next schedule is expected to start soon. Sharwanand is in plans to complete the shoot of 96 remake at the earliest and join the sets of his next film. The film is titled Sreekaram and is announced for Sankranthi. Sharwanand is not in a mood to miss the festival season.

Sharwanand is romancing Samantha in 96 remake and the actress has her dates full for the entire August. With nothing much to do, the makers planned the new schedule in September and the rest of 96 remake will be wrapped up in a single schedule in September. The makers are targetting to release 96 remake for Diwali in October. Prem Kumar is the director and Dil Raju is the producer. Jaanu is the title considered for this breezy romantic drama. 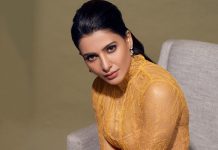 A hard-hitting role for Samantha? 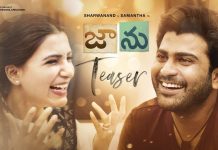