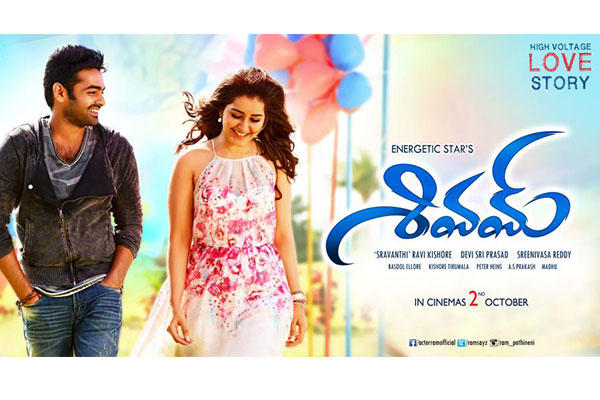 Shivam is an upcoming action entertainer starring energetic hero Ram and gorgeous beauty Rashi Khanna in the lead roles. Srinivas Reddy is directing the film and Sravanthi Ravi Kishore is bankrolling it. Recently, the unit has wrapped up a busy schedule in Europe.

The film’s audio launch event will be held on 12 th of this month in Hyderabad. The teaser of the film will be released very soon and the makers have already confirmed that the movie will hit the screens on October 2nd. The entire shooting part will be wrapped up in a few more days and the post production activities are going on at a brisk pace. Devi Sri Prasad has given the tunes for this film.