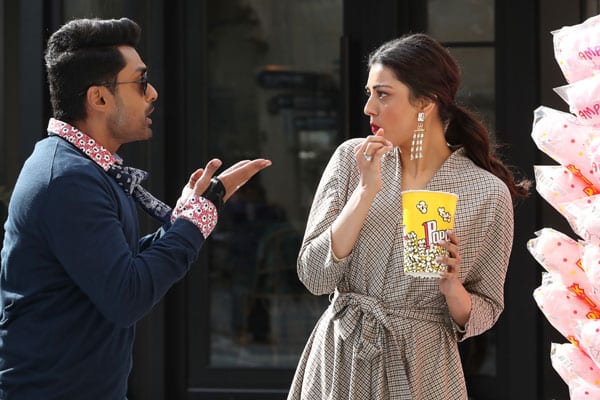 Nandamuri Kalyanram needs a massive hit to bounce back in Tollywood. He pinned all his hopes on MLA which is hitting the screens this Friday. The pre-release event of MLA will take place today in Hyderabad and Nandamuri fans have been eagerly waiting to see NTR’s new look during the event. NTR who has been promoting Kalyanram’s movies from some time will be missing MLA pre-release event as he kept his new look under wraps.

Tarak lost enough weight and is busy shaping himself for Trivikram’s film and the makers wanted to keep the actor’s look unfolded as of now. With NTR’s exit everyone felt that Kalyanram would invite Nandamuri Balakrishna but the actor wished to go ahead without any Chief Guest. Kalyanram himself will be promoting MLA which is directed by Upendra Madhav. Kajal Agarwal played the female lead and MLA is hitting the screens on March 23rd.