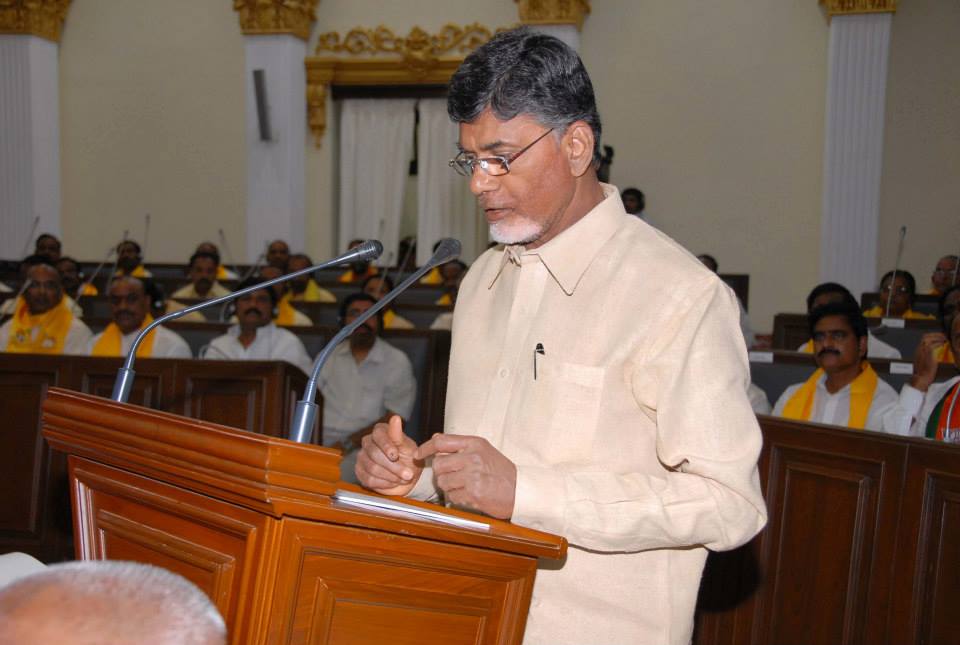 Chief minister Chandrababu Naidu for the first time made his mind clear on the special status.Confirming maverick JC Diwakar Reddy’s oft repeated assertion that special category status would not be bestowed on AP and chief minister Naidu’s knows this pretty well that the demand is a pie in the sky, Naidu said, though cautiously, that special category status was not a “cure-all” pill.

Chief minister Chandrababu Naidu, who has been silent on the subject for long, for the first time, counseled caution and warned that stretching the demand for special category status too far may prove counterproductive.
addressing his first press conference in newly set up camp office in Vijayawada on Wednesday, Naidu said special category status should not be seen as the panacea of all ills and the state need more than this go overcome the problems division had thrown up to hit the highway of development.

Rapping the opposition parties for their attack on TDP-BJP combine, the chief minister said,” Don’t push the demand too far. If centre buckles under and accords the special status at the cost of our other demands for help like economic package to backward areas like Rayalaseema and North-coastal Andhra we will be at loss. I don’t want to forego the other assurances made in the AP reorganization Act, at the altar of special status.”

Naidu reiterated the TDP alliance with BJP would continue.Asking people against becoming cynical on NDA assistance to the state, the chief minister let us keep drawing centre’s attention to the problems and to honor its commitments made to the people of Andhra Pradesh.

He said the state should not be denied bigger benefits in lieu of special category status.
Naidu announced that he would release the fact-sheets on the problems and the need for liberal assistance from the centre etc.

He disclosed that he had spoken to PM, home minister, finance minister and BJP president and posted them with the developments in the state and need to honor the commitment made to the state.

He said the Prime Minister asked him come to Delhi after August 15 to discuss the matter. Stating that this would his ninth meeting with PM Modi, Naidu said every time he met he discussed threadbare the problems of the state like assistance to capital construction, bridging the revenue gap, economic package to Rayalaseema and North-coastal Andhra etc.