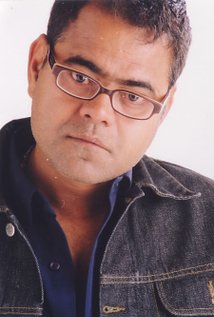 Sanjay Mishra is currently working in Bajirao Mastani, Pream Ratan Dhan Payo, Meeruthiya Gangsters etc. He is excited about his debut as a character artiste and says his second innings has begun and this time it is in the South. Here in an exclusive chat with Telugu360.com, the actor from NSD says he wants to tone down dramatic dialogues in Telugu and bring a realistic approach to acting. Read on

“This is my first film. I have worked in Hindi only and not even in Bhojpuri. I am kicked about this because I don’t even know the language. Surender Reddy came to Mumbai and told me that I should do this role. I asked how could I take it up, there is a language problem. He replied that I shouldn’t be worrying and he will handle it. I saw the confidence him and all he said was I had to learn the dialogues a little bit. The entire team showered a lot of affection and gave me cues and helped me with my next dialogues. It was a lovely experience and I even cried when I saw the film. Next time I will do the dubbing too.”

“I got a Film Fare award for Aankho Dekhi and lot of appreciation for Masaan but this one truly made me cry. Surender Reddy remarked that I did a great job without knowing the language. First time I really love myself and I am thankful that I am from Bihar, living in Mumbai and I am doing a movie in Telugu. Leaders boundaries banathe hain but actors barriers thod dhete hai..be it MS Subbalakshmi or anyone. I am doing a second film called Shankarabharanam directed by Kona Venkat.”

“I did lots of work in Hindi but here I have to be a performer, prove myself here without knowing the dialogues. It is a surprise role and I can’t talk about it now. In Telugu there is a loud kism ki acting, I want to break that loudness..I want to bring realistic approach to acting, with Shankarabharanam I will prove that. I love this city, there are so many eating joints, I tried everything and feel happy seeing the cultured people. I was just telling my wife that we should settle down in Hyderabad.”.