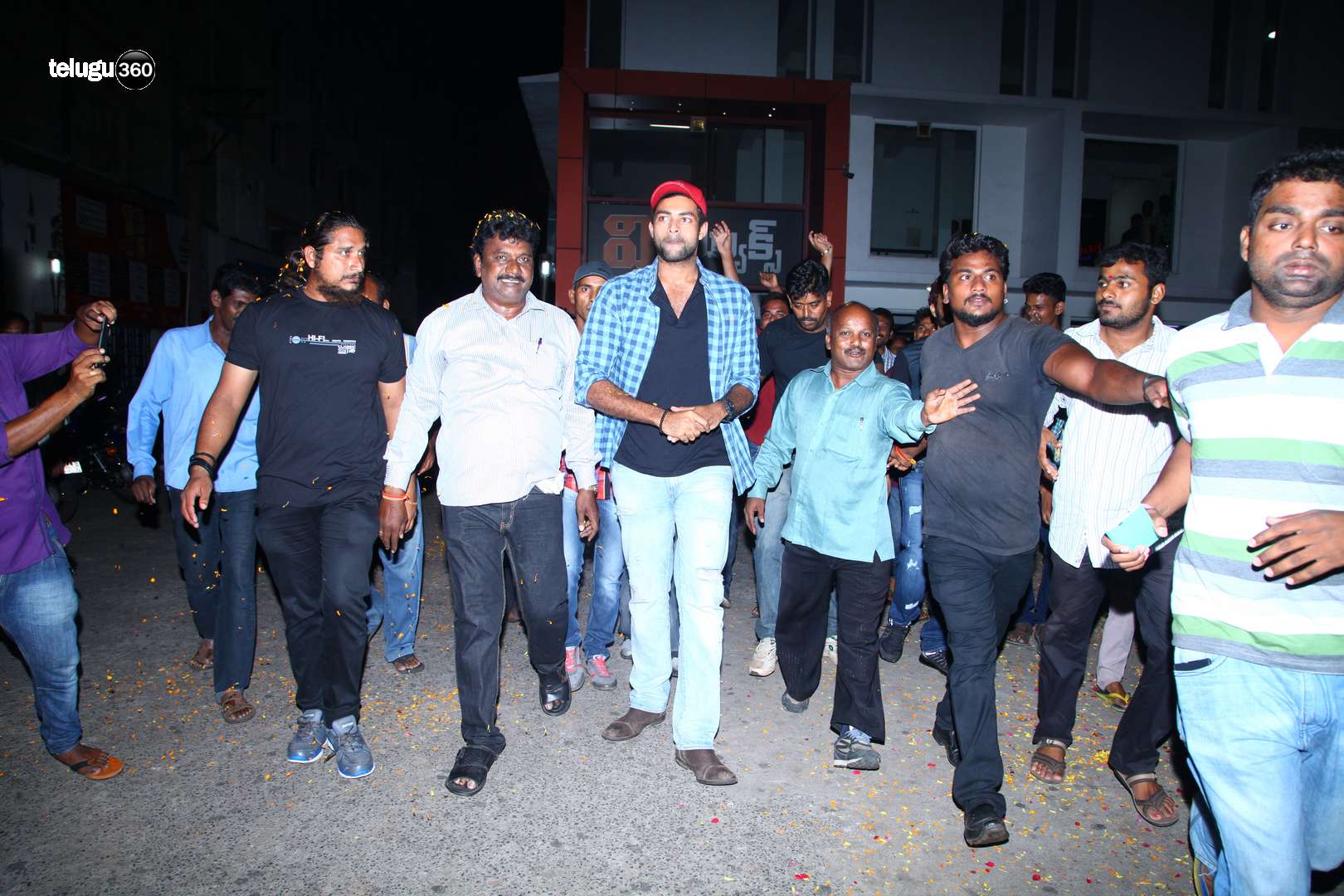 Krish is a rare phenomenon in Telugu cinema. Someone who really trusts the story he wants to say, deep in sub-text and philosophy while also binding that with commerce smartly. Most of his films, irrespective of success, you see his tendency to leave a unique stamp of his. The well-read, once US-bound director is only four film old having tasted reasonable results in Bollywood with the remake of Tagore. Now, he takes up a challenge of placing a strong story in the hands of young lead actors, Varun Tej and Pragya Jaiswal in Kanche. The film set in WWII stands amongst the most promising of the films this week and Krish guarantees enough of that, in an exclusive conversation withT360.COM

Balance between commerce and art

Commercial films means we have to attract people to the theatre and make money. I tend to balance between commercial films and sensibilities. My characters are rooted characters and I try to tell a story that is beautifully laid. There is a misconception of commercial films because of which I have been defined as a class director but I try to balance it out. My only problem is that I haven’t hit the bulls eye till now. I am sure Kanche will take care of that. It is easy to brand someone as a class director or mass director, but I might not be playing below the belt, the C centres. The World War 2 is one of the biggest incidents in world history, having 25 lakh people participating. At that time, I could have found 25 thousand stories that were never told. The driving force is to tell a story that I have never seen on an Indian screen. Only when I get really excited, I make a movie. Going into a territory that has not been attempted before always plays on mind.

On story being the hero in Kanche

Philosophy: I strongly believe that the audience is far more intelligent. But to take cinema to the next level, we need a star. My star in Kanche is the World War II. It has a love story, a simple one that plays against the backdrop. The man who played Thangabali’s character in Chennai Express, Eshwar Prasad also has an important role. When the film starts, Dhuppati Hari Babu meets Eshwar Prasad, they salute each other and want to kill each other. There is some old tale of rivalry. There is a love story as well as a male bonding. There are many layers to the story and we made sure, the flavour is not lost. The theme evolves on its own and we don’t try to preach anything. The evil forces create barriers, boundaries, in villages. But how we overcome all that with love is Kanche.

Playing careful with the budget and planning

It all boils down to budget. I had to re invent the way to do the entire pre production. The prospect of making a period film is always a herculean task but they say necessity is the mother of invention. We had to come up with all innovative ideas to make the system fall in place. I had to finish the film in 55 days and I did it faster than Gamyam. One day shooting would cost us 25 lakhs. There is so much detailing that went into even small things like a fruit store set in that period. It all involves money. In Georgia, there is a 12 minute war sequence. We dug trenches and that was not that easy. We took permission from Georgian government, military. Three months before, we had to dig trenches and bunkers had to be ready with tanks, boats, uniforms etc. We had a great theme. When you make and watch such films, you tend to value your freedom and the advancements made in science and technology. Just 10 or 15 years ago, we weren’t this advanced. Kanche is a small lesson we studied in history books but it is a lesson taught by history – to make sure there is no bloodshed.

How did the idea trigger?

While I was doing Vedam in Vizag, someone told me about Vizag bomb. A big bomb was flung and there was a ship that had goods in it during the World War II. Two bombs took off and the third diffused. It is true, we couldn’t have created it. (http://www.thehindu.com/thehindu/mp/2002/07/22/stories/2002072201240400.htm) After I announced this film, a Flight Commander called me and said that there were many world war 2 widows and still 18 families living there. I saw the acknowledgement paper that showed how much money was pooled and sent as expenses for the war. There are so many chapters in Indian history that people are not ready to talk about. For instance, the distribution of army fund between the soldiers during the partition. I would wonder how these 25 lakh soldiers left the country, how long they would have been there and if they’d ever returned.

He is not even in the good actor league but the great actor league. He is handsome and has honesty in his eyes. I wanted to do his first film but it didn’t happen. You shouldn’t attempt this film if you don’t have the money. I was keen that I should not ridicule it by making it look fake. I had also to do a balancing act (not to archaic and not too contemporary) in terms of music and had to extract such work from both the lyricist and the music director. Sai Madhav Burra has written great dialogues and art director Sahi Suresh created magic.