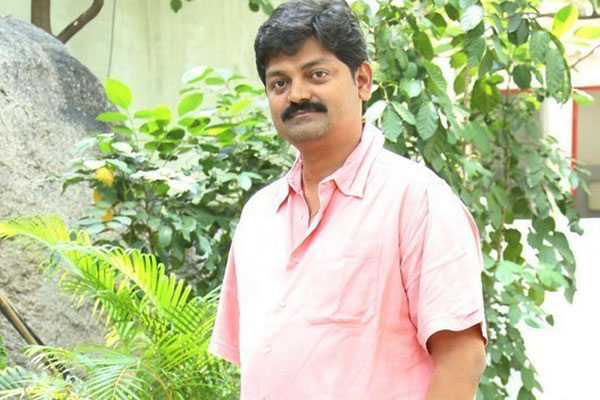 The story of a storyteller

Vijay Kumar Konda is a taskmaster who went through the drill of working in several roles of a film till the day he became a director with Gunde Jaari Gallanthayyinde. Films were a creative interest for him yes, but that didn’t let him compromise on his academic career. Facing rejections, not losing heart about the talents he possessed, he has a great zeal to tell stories. He has written nearly five scripts after Laila Kosam happened. It took time for him to see what is bound to work in this industry and what won’t. Directing Sai Sreenivas next for a college romance, he talks to T360.com on his pre-cinema days and how he keeps himself going despite the uncertainties that exist here.

On how the film bug bit him:

Oka Laila Kosam, my second film had recently completed one year of release. Since childhood I would love cinema, watch a film and give my friends a scene to scene narration of the full film. By the time I finished tenth, I began giving programmes at radio stations and did some documentaries. I had some time to pursue all this and got awards for short films. I would study well, in fact exceedingly well but had to stop after graduation. People, teachers were shocked that I didn’t pursue higher studies. The moment I started focusing on extra-curricular activities, interest in studies and marks automatically waned. I came to Hyderabad to direct a film and worked for 16 years. I thought I would directly get to direct a film but only after I came here I learnt that a short film and a feature is different. I began working as an assistant director and an associate. Meanwhile I began writing and almost finished 2000 songs. I have a command on lyrics. If a new assistant director comes to the movie field, he will have to learn script writing. As I already went through this while making short films and working in radio, these things became a tad easy.

Working in the industry:

Before Gunde Jari Gallanthayyinde, I wanted to embark on a film that deals with social consciousness. I would want to do something, suddenly there would be a stumbling block, some problem crops up and I would abandon it; this way three years passed in doing nothing. But I had complete confidence in myself that I would come back with a bang. I think if I got to do a film the moment I came to Hyderabad, I wouldn’t have got this much experience. These many years of travel in different hierarchies helped me to a great extent. I would go through my scripts intermittently and would improvise on them. Once I was ready, I began my search for a producer. After Laila Kosam, I had written three new love stories and waiting to execute them.

The wait for Gunde Jaari to happen:

Gunde Jari had a content that would give a super hit to any hero. I wanted to produce it with my friends support. Nitin’s Ishq hadn’t released then, Satyam Rajesh (Comedian) heard the script and suggested it would be good with Nithin as the lead. Nithin heard it, liked and said he would tell his father to give it a listening. By then, I already had a person in mind but kept waiting as Nitin said he was interested. He kept it on hold for two months and just when I had to take a decision and move on with the new hero, I got a call from Nitin’s office and it moved. If a project is finalised, the producer should give us an advance, here we gave Nitin an advance and blocked his dates. Nitin expressed his desire to produce the film. After Ishq, he was bombarded with offers and again I had to wait five or six months to get the green signal. Nitin zeroed on this film and we went ahead without even turning back. Nitya’s dates were limited and Nitin at that time had completed fifty percent of Courier Boy Kalyan.

Enjoying the fruits of success and dealing with scripts:

I knew it was a confirmed hit but it didn’t know that it would work in such a range. Sudhakar Reddy who is a big name in distribution wouldn’t have sold Nizam rights had he known it would work this big. Ishq was a break even and this was a huge plus. Laila Kosam at that time looked a beneficial project, it wasn’t a great hit as GJG but it was a safe venture for the exhibitors and distributors. A few heroes met me and wanted the same type of GJG scripts. I wanted to take a break for a while. I wanted something new and worked on it, but the heroes I wanted for it were busy. So I started a new story that has a huge casting, a love story but I needed a big hero who would pull money for the producer and land him in a safe zone. The film with Bellamkonda Sai Srinivas will begin in November and will be out during summer. A beautiful love story that is set against a college backdrop, very contemporary and will appeal to the youth. I don’t like to go to the sets till everything is perfectly set. I maintain the story is the hero. Luckily for us, the heroes have also changed, they too are insisting on the stories being good rather than going for combination.