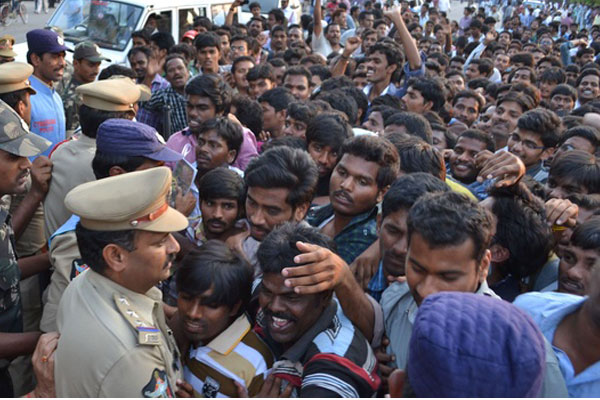 Kakinada: Tragedy struck the venue after Jana Sena leader Pawan Kalyan completed his speech at JNTU ground in Kakinada on Friday. A youth has been killed while another person was said to be in critical condition following a a stamped occurred at the venue.

The moment after the Jana Sena leader finished his two-hour long speech, there was sudden surge in the mob. The supporters and fans gathered at the ground showed some desperation in catching a closer glimpse of the actor.

Heavy crowd flocked Pawan Kalyan. In the milieu, two youth fell unconscious on the ground. One of the youth is reportedly got killed in the stampede and the other was shifted to hospital and said to be in critical condition.

The victim, who lost his life in the incident, was identified as Srinivas from Kayeru village of Draksharamam mandal in East Godavari district. Another youth, who is undergoing treatment in the hospital, is from Y. Ramaram village in the district.

A case has been registered by the police and launched investigation.