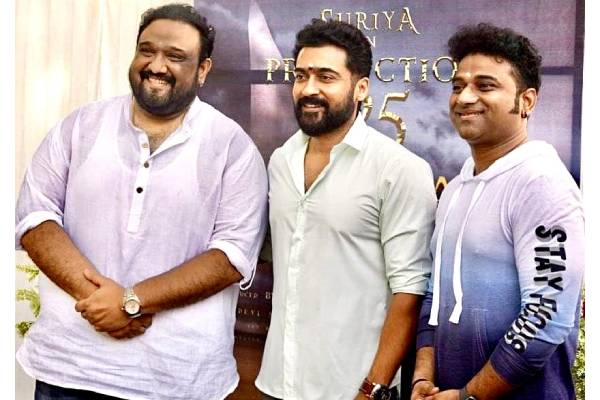 The film was formally flagged off with a pooja ceremony on Sunday. Taking to Twitter, Suriya said: “Shoot begins! Need all your blessings!”

The film is being produced by Studio Green Gnanavel Raja and Devi Sri Prasad is the music composer. Cinematography for the film is by Vetri Palanisamy, who had filmed superhits such as the Ajith-starrer ‘Veeram’ and ‘Vedalam’.

Richard Kevin, who did a fine job editing superhits such as the critically acclaimed ‘Vikram Vedha’ and the recently released web series ‘Suzhal’, has been brought onboard as the film’s editor.